, /PRNewswire/ -- (NYSE: WBS), the holding company for and its division, is pleased to announce that Executive Vice President has been promoted to Head of Retail Banking and Consumer Lending at and . In his role, he will oversee retail operations and the banking center network, and will lead core consumer products and services, including small business banking. Roberts will report directly to Chairman, President and CEO . 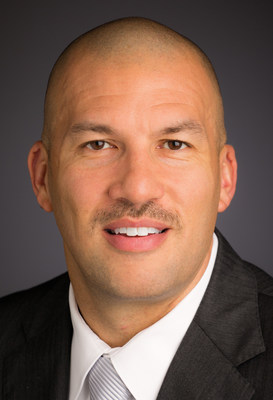 "Jonathan has been the driving force behind our consumer deposits growth strategy, and this new emphasis on retail banking and consumer lending will enable us to be even more responsive to the evolving, dynamic needs of our customers and the communities we serve, while continuing to expand our commercial banking activities and aggressively grow ," said Ciulla.

Since joining Webster in 2017, Roberts has led the growth in consumer deposits – spearheading the ongoing modernization, empowering customers with choice and thoughtfully expanding technology across the network, while differentiating Webster's consumer banking in the marketplace. He also oversaw the bank's award-winning Call Center.

A graduate of the , Roberts later completed the . He is also an alumnus of the , General Management Program. Active as a mentor for young professionals, he volunteers for , and serves on the board of the . Jonathan and his wife, Angela reside in the area and their two sons reside in .

About Webster
is the holding company for and its division. With in assets, Webster provides business and consumer banking, mortgage, financial planning, trust, and investment services through 156 banking centers and 298 ATMs. Webster also provides mobile and online banking. owns the asset-based lending firm ; the equipment finance firm ; and , a division of , which provides health savings account trustee and administrative services. is a member of the and an equal housing lender. For more information about Webster, including past press releases and the latest annual report, visit the Webster website at www.websterbank.com.